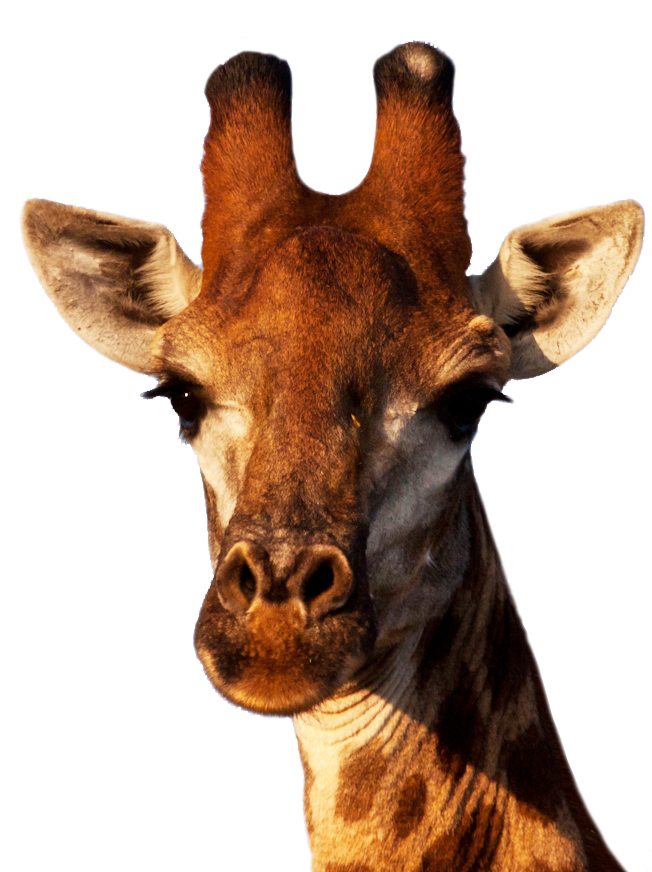 Below is a list of many (but by no means all) of the mammals to be seen in the Marulani Private Nature Reserve. They have been listed by their English and Afrikaans names. Take a look and mark your checklist to show how many you saw during your stay.

Black-backed Jackal (Rooijakkals)
Reported several times a year. Usually on the roads in the early morning but also during night.

Blue Wildebeest (Blouwildebees)
Introduced in 1995. Very successful breeder.  Find them in the valleys.

Bushbuck (Bosbok)
Indigenous to Marulani where you will see them even by day.

Impala (Rooibok)
Introduced to Marulani in 1995. A breeding success.  Find them anywhere.

Leopard (Luiperd)
Seen very rarely. Lots of spoor but make sure you don’t confuse these with brown hyena.  There is some doubt as to how many leopard there are on Marulani.

Porcupine (Ystervark)
Seen quite frequently at night. See them on roads and around houses scavenging for food.

Red Hartebeest
Introduced to Marulani in 1995. Not very successful.  Breeding rate is low and they suffer from predation by leopard.

Tree squirrel (Boomeekhoringkie)
Frequent sighting anywhere there are trees but most often seen on the ground. Only during day.

Vervet Monkey (BLou Aap)
Increasing numbers to the point of being a nuisance around houses.

Waterbuck (Waterbok)
Introduced successfully in 1995. Look in all the valleys.

Download and print the mammal checklist as a reminder of all the beautiful animals you may spot during your stay at Marulani Private Nature Reserve. 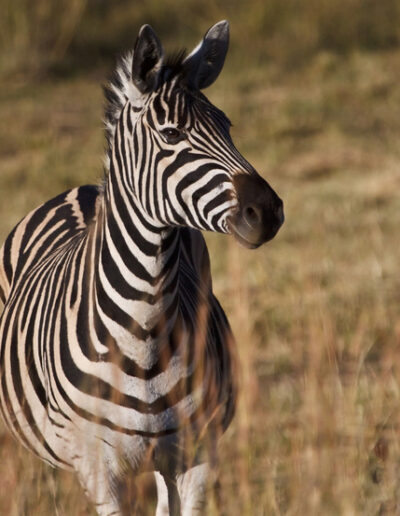 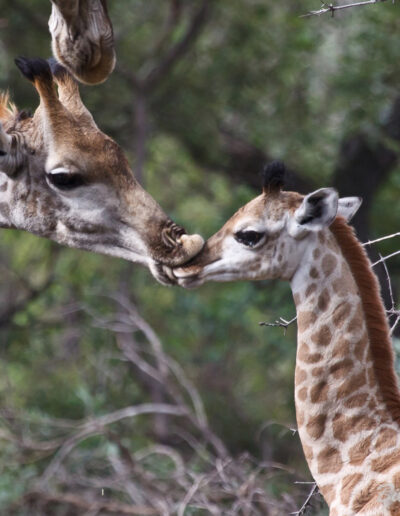 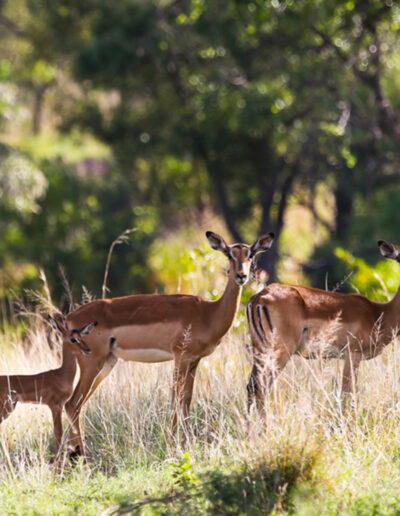 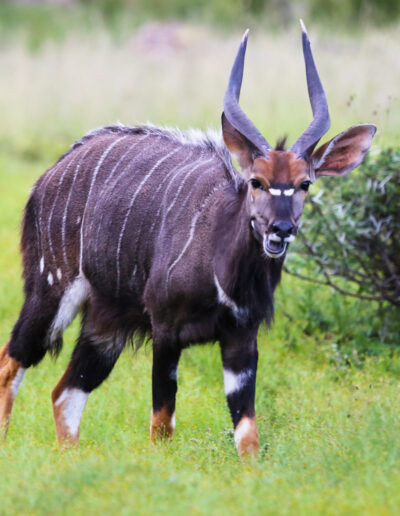 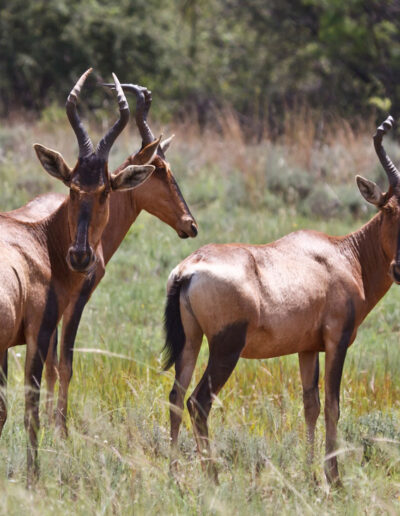 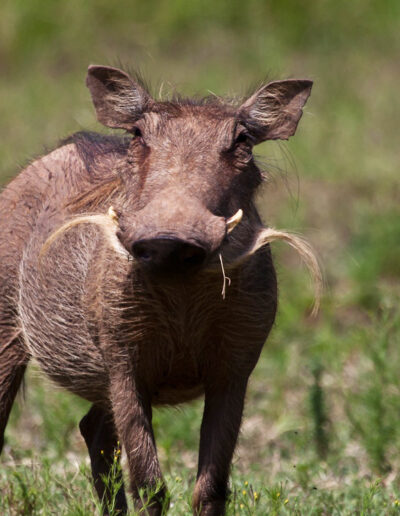 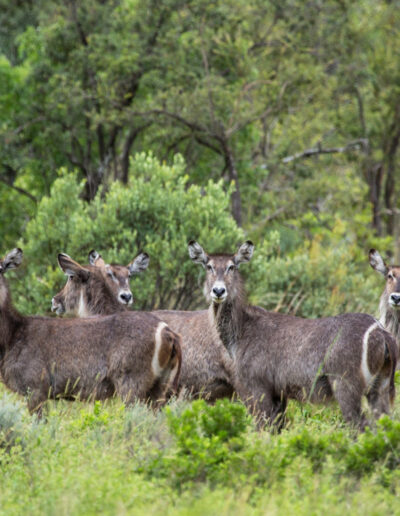 Kudus are one of the largest antelopes and also produce some of the loudest sounds made by antelope. Their diet may include leaves, grass, roots, and sometimes fruits.